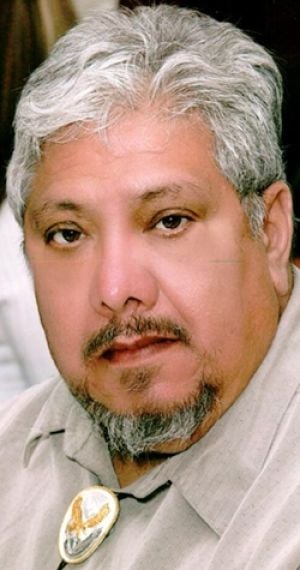 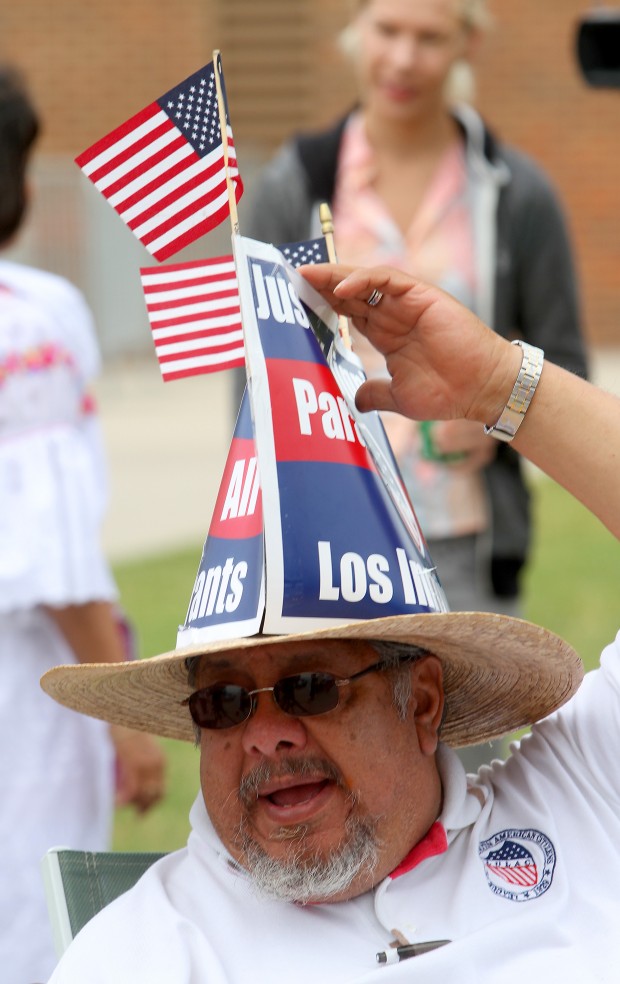 Funeral services for Gilbert “GG” Sierra Sr. will be at 10 a.m. Monday at St. Anthony’s Catholic Church in Davenport, where he was a member. The family will greet friends from 1-8 p.m. Sunday at the Halligan-McCabe-DeVries Funeral Home, 614 Main St., Davenport.

Gilbert “GG” Sierra Sr., an activist in the Latino community and a former Davenport alderman who had a knack for drawing attention to the causes for which he fought, died Wednesday after a battle with cancer.

Sierra, who was 66 years old and a resident of Davenport, was the first Hispanic elected to the City Council, in 1987. He also was a past state director of the League of United Latin American Citizens, or LULAC, in Iowa and a leader of the local council, too.

“He was a unique individual. There was only one Gil Sierra,” said Davenport Mayor Bill Gluba, a longtime friend who had known Sierra for about 40 years.

Sierra grew up in East Moline and worked for 35 years at the Oscar Mayer plant in Davenport.

He got involved in politics and won a seat on the Davenport City Council, representing the 1st Ward. And although he served only a single term, Sierra never left the public debate after leaving the council, remaining active in LULAC and on issues such as civil rights, the environment and worker’s rights.

He also was active in the Democratic Party.

During his council term, Sierra embarked on a weeklong fast to draw attention to a boycott of California table grapes led by Cesar Chavez, who was protesting the use of pesticides. A Times story at the time said that he lost 20 pounds in the effort.

His son, Gilbert Sierra Jr., said Friday he remembers his father went to Mass daily during the fast, and they often were the only ones in the former St. Joseph’s Catholic Church.

He added that, from an early age, his father would seek out people who couldn’t help themselves, “and he’d fight for them.”

A big man, Sierra was given to colorful costumes and hats, Gluba noted.

“He always had a badge or a pin of some sort, promoting some good cause,” he said.

And he didn’t shrink from seeking to draw media attention to his causes,  often encouraging reporters to cover one issue or another that he thought was being missed or was not being given enough attention.

“He was a big man with a heart of gold,” Gluba said, noting that his father’s faith drove much of his activism.

Michael Reyes, deputy state director for LULAC in Iowa and president of Council 10 in Davenport, noted that Sierra led the organization in Iowa for more than 13 years and served on the national LULAC board. He said Sierra wasn’t afraid to stand up for his beliefs, such as when he opposed legislation in 2002 that declared English the official language of Iowa and required that documents, proceedings and publications be in English.

“He was very special and unique person to our organization,” Reyes said in an email. “He was a good friend and supporter of LULAC; he will be missed.”