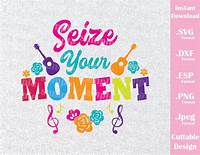 Dear Family, as today is Thanksgiving and most of you are enjoying a wonderful meal, I would like to seize the moment, by reminding you that 2020 will mark the SIERRA FAMILY REUNION 50th anniversary. Please talk amongst each other for any suggestions on how to make the 2020 reunion a memorable one. I for one would like to have a family crest. If anyone is interested in designing one I have some notes and pictures my mother had to develop one herself. Also what about doing a golf tournament like we used to do, just for 2020. I would like to have a meeting before the posadas begin which is Monday December 16 2019. I will not be available Monday December 2 nor through December 04th to the 11th. I will have my Portal for chemo treatment put in on December 16th. My thoughts are to have a meeting on Sunday the 15th of December or have it in January 2020. Im asking for a family member to volunteer to help me in getting this meeting set up. Getting a location and time. Also I need volunteers to take minutes at meetings. If anyone is interested in hosting a meeting in your home let me know. 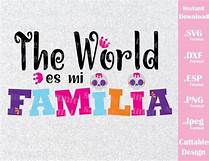 Mass for Dolores B Rangel

Father Angel will be saying a memorial mass

for Dolores B. Rangel

at Our Lady of Guadalupe church in Silvis, Il.

After mass a dinner will be at Deerfield Restaurant in Silvis, Il

SILVIS — Dolores B. Rangel, 82, a longtime resident of Silvis, passed away unexpectedly Sept. 24, 2019, at her home in Davenport. Cremation Rites have been accorded, and there are no services to be held at this time.

Dolores was born March 25, 1937, in Moline, the eldest daughter of Hilario and Lena (Blanco) Randel. She was graduate of UTHS Class of 1955. In her earlier years, Dolores held various jobs in the Chicago area and locally, including the Rock Island Arsenal Museum. Later, she served as a full-time caretaker for her parents until they passed away in ’88 and ’89.

In 1991, she received an associate degree in liberal studies, with an emphasis on culinary arts, from Black Hawk College. She was a licensed cosmetologist who enjoyed cutting and coloring hair since attending Lincoln Barber College and Capri Cosmetology School. She enjoyed cooking family favorite Mexican dishes and making the best fresh tortillas. Her favorite pastime was watching and following her favorite professional basketball teams, and she amazed us with her knowledge of the players.

Dolores will be greatly missed by those left to honor her memory, including her five siblings, E. Bernard (Catherine) of Urbandale, Iowa, Michael P. of East Moline; Bernadette (Maurice) Schaecher of Des Plaines, Ill., Estella of Rolling Meadows, Ill., and Cecilia of Rock Island; and many nieces, nephews, great-nieces and great-nephews.

Dolores was preceded in death by her parents, and her brothers: Richard, Arthur and Hilario “Henry.”

A private graveside celebration of her life will be at St. Mary’s Cemetery in East Moline at a later date. We would like to offer our sincere thanks to Weerts Funeral Home for their help during this difficult time.