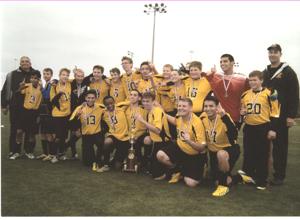 Alex & Xavier Pena , are the sons of Leticia Pena, grandson to Peter & Jan Sierra and great-grandson to Jessie and the late Amador Sierra

How to help keep the honor of Hero Street alive

From John Deere to stops on the Underground Railroad, it never ceases to amaze me the rich American history found right here in the Quad-Cities region. The list goes on and on, but one of the most impressive bits of history I think I’ve ever encountered here is over on Second Street in the little city of Silvis. It is better known as Hero Street. Starting with World War II, 110 Americans of Mexican descent from Hero Street have served in the armed forces. Eight soldiers, born between the years of 1921 and 1929, lost their lives in war. According to the U.S. Department of Defense’s research, there is no other street of comparable size in the nation that can boast as many veterans. That is amazing and definitely something to be proud of in the Quad-Cities. Silvis native Sonny Soliz grew up on Hero Street. Years ago, the retired art teacher and U.S. Air Force veteran began leading the efforts to preserve Hero Street and get a monument in honor of the eight fallen soldiers.  “We didn’t have to look for Batman or Superman. The boys from Hero Street were our heroes. We felt we wanted to follow what they did,” Mr. Soliz said recently. Mr. Soliz formed a non-profit organization, which eventually, through purely grassroots efforts, raised enough money to fund the Hero Street USA Memorial Monument, a more than 17-foot granite and bronze structure that pays homage to the eight local heroes who paid the ultimate sacrifice. “I believe in what the monument is about,” Mr. Soliz said. “I grew up here. We wouldn’t be here if it wasn’t for those men’s sacrifices.” One of the eight soldiers immortalized on the monument is Mr. Soliz’s own uncle Staff Sgt. Claro Soliz (1921-1945), who died during the Battle of the Bulge in WWII. His uncle and the other soldiers on the monument were Mr. Soliz’s heroes. “We should be very proud of our veterans, especially those killed in action,” he said. “We’d be playing out in the street when we’d see the men come home in their uniforms. We’d crowd up around them and look up to them.” Mr. Soliz was the youngest of five brothers, all of whom went into military service. The Hero Street nonprofit led by Mr. Soliz is now solely responsible for maintaining the monument site, its landscaping, electricity, upkeep and property taxes. To help raise funds, 12 paintings done by Mr. Soliz have been featured in a 2016 calendar. The beautiful paintings in the calendar are priceless. The calendar, however, is only $10. All funds raised will go directly toward maintenance and property taxes for the monument site. To purchase a calendar, go to herostreetusa.org or call 309-281-0862. Silvis native Craig Pirmann of Creative Point donated his services to design and print the calendar.

Brandy Donaldson, a former political reporter, is a communications specialist in the Quad-Cities.

One thought on “State soccer winners / Honor of Hero Street”